During a game, players should feel free to support another player by taking over that player’s position if necessary. For example, an offensive player may need to fall back and take a defensive role if the defender carries a ball forward for a shot or a cross. There are many situations in which players fill in for one another. Beginning players are often hesitant to leave their position, but with experience understand that it’s temporary and will help the team. Position Exchange is a drill used to practice building a scoring opportunity by players who exchange positions.

1. Three players make up each drill group. A should be one of the team’s current wing forwards and B is a midfielder. 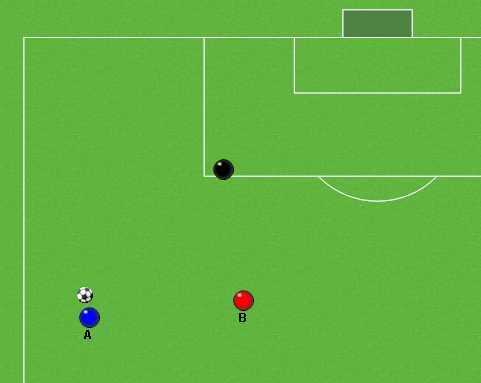 3. B makes a run for the corner while A pushes a pass to the open space in the corner. 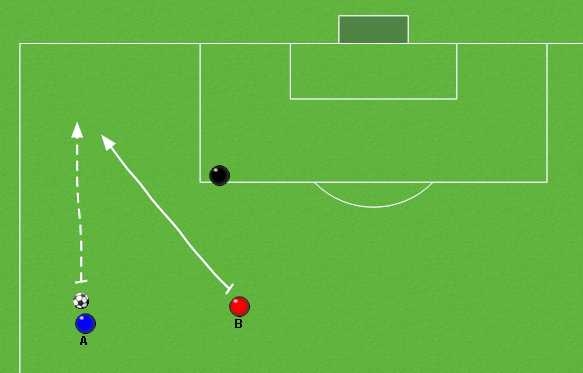 4. A breaks towards the goal to receive a crossed ball from B. 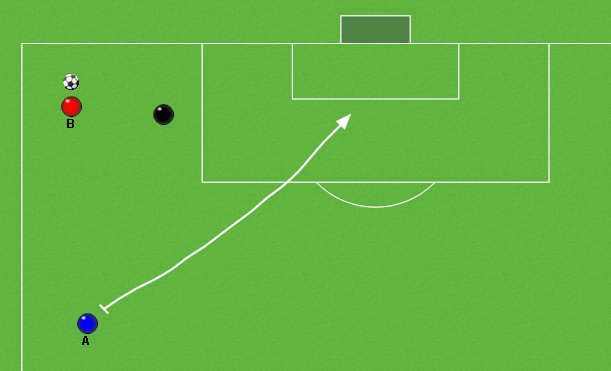 – not feel “chained” to a position at all times – it’s ok to leave a position to help as long as you come back after a play is over.

– communicate to each other that a position is being vacated and the empty position may need to be filled temporarily.

As players gain an understanding of the drill, further variations include:

1. Running the same drill with 3 other players at the same time on the other side of the field.
2. Adding more defenders to add pressure.
3. Having A return to his/her original position after taking a shot.

Tip #1 – Encourage players to change positions if necessary but
return after the play sequence is over.

Tip #2 – Encourage offensive players to come back on defense if
a defender is making a run with a ball.