Half Court is a simulated soccer game using half of the field. It’s a great drill for preparing for an upcoming game. Both offensive and defensive players are involved and the goal is for the coach to gain a sense of the team’s ability and work on anything that might be an issue. Players enjoy the game atmosphere and also get to work on getting in game shape.

1. Using half of the field and cones for a smaller goal mouth, position 4 defenders in front of the goal and 6 offensive players at the 50 yard line.

2. On your whistle allow the offensive players to begin carrying the ball into the defensive zone and set up for a potential shot. 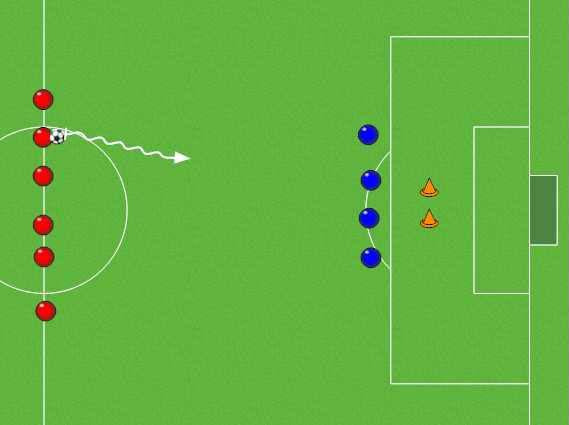 3. Obviously, a goal by the offense is a point. For defenders, stringing together 6 interrupted passes qualifies as a point.

Half Court is a drill the mimics a real game and allows a coach to uncover potential weaknesses. Players like it because it’s half the field and doesn’t wear them out as quickly. During Half Court, instruct players to…

1. Removing some defenders or increasing the number of offensive players
2. Shortening or widening the goal mouth depending on what needs the
most work.

Tip #1 – This is a drill that resembles a game but is not – so
encourage players to try things they are thinking about using in a
real game but have been hesitant to try.

Tip #2 – Set up rewards for the offense and defense for
good performances.

Tip #3 – Encourage players try to see the game as an observer
while they’re in the middle of it. Make sure they get a feel for their place on the field.

3 Responses to Half Court (Age Level – All Ages)