Defensive Recovery stresses skills and formations that will be needed in game situations. Breakdowns in the defense will inevitably occur and having a simple plan in place to deal with oncoming wing attackers is critical. This is a drill that mimics a common occurrence in any game and develops a teamwork mindset. Players naturally learn to back each other up. 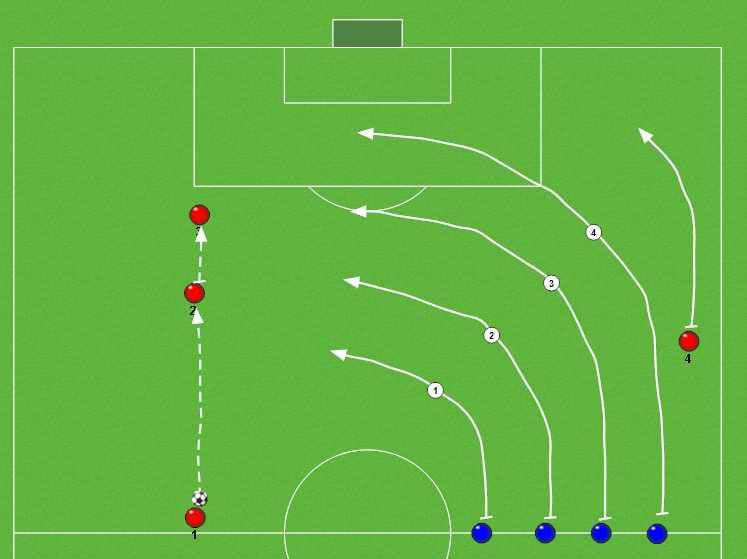 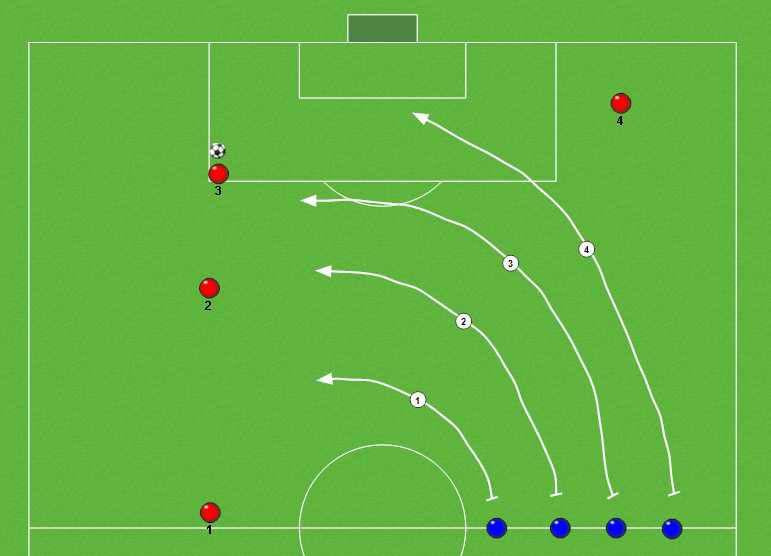 3. Play ends once a goal is scored by the offense or the ball is taken away by
the defense.

1. Including more offensive players and possible a 5th to support the 4th on
the defensive side of the field.
2. Rotating defensive players in and out of the 4 positions. Sometimes a player
is more comfortable at one position than another.
3. Switching sides of the field so players are familiar with the build-up of plays
no matter where they occur.

Tip #1 – This drill instills in players that there is always help and
one individual is rarely the last in line to stop an offensive attack. Continual rotation of defenders is the key.

Tip #2 – Award offensive players should they score and defensive
players for each stop they create.

Tip #3 – Encourage the goalkeeper to quarterback the defenders
and correct their positioning if needed.