2. Four cones are placed on the corners of the 20-yard square in front of the goal area. 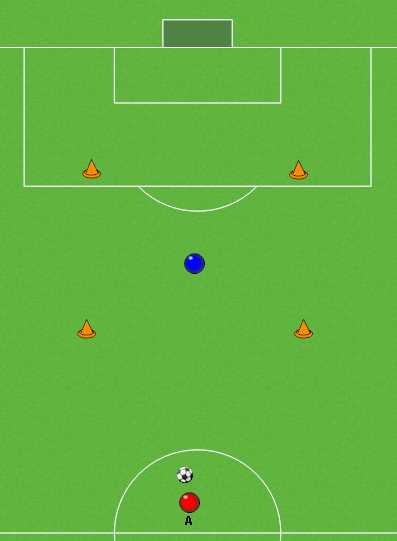 3. A dribbles between the flags and tries to beat the defensive player through the Center of Town. A must stay within the confines of the flags while dribbling towards the goal.

4. A is allowed to shoot at the goal, but only after passing the last set of flags.

Center of Town is a simple and fast drill that emphasizes many skills. Players will need to act quickly and they enjoy the high pressure situation. During a Center of Town match, instruct players to…