Player congestion in one area of the field is common during the course of play. Offenses and defenses have the tendency to bunch up in a small area. Such bunching is usually beneficial to only one team, who could eventually take a shot or hold the ball defensively to kill time. Long passes, or chips, to clear a ball out of a given area can be a savior for the defense. Offenses benefit by changing the direction of the attack.

1. Two players form each drill set. They are both to line up on the end line about 30-40 yards apart.

2. Player A chips across the field to player B. 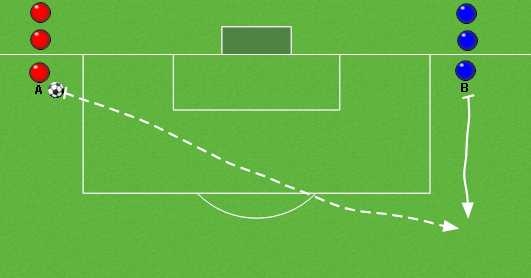 3. Player B dribbles a few yards and passes (or chips) back to A. 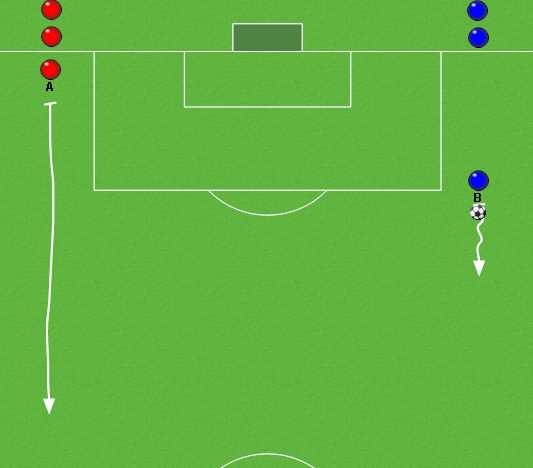 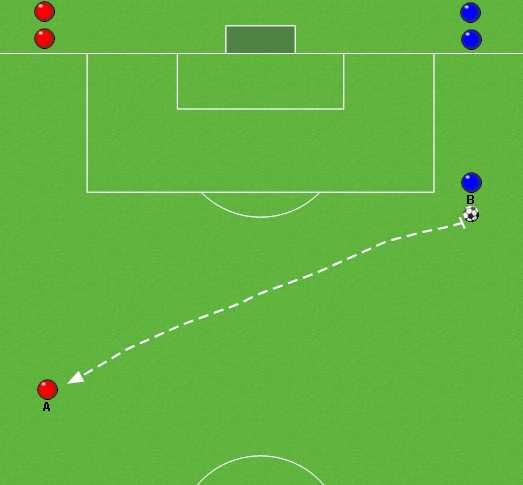 4. This procedure is repeated down the field until A or B passes off to C or D at the other end.

5. The same procedure is followed up the field by the next group (C and D).

Long Chipping is a simple passing drill over a longer distance. Players should gain the mindset that when they’re in trouble they can chip the ball to a player farther away. During Long Chipping instruct players to…

– communicate to a player under pressure that there is a passing option 30-40 yards (or farther) away.
– use Long Chipping as a way to “shake things up” and change the direction of the attack when other options have been exhausted.
– don’t abuse long passes and use them when necessary.

1. Using the opposite foot for making longer passes
2. Having players develop a signaling system amongst themselves when
they’re open to receiving a long chip.
3. Adding defensive players as a distraction to offensive players making
the long passes.

Tip #2 – Encourage offensive players to keep their heads up and get
a sense of the entire field and where they could potentially make a
long pass.