This is a drill designed to deceive the defense of an opposing team.

1. Three players are used in this drill. One player, C, represents the
defense and two players, A & B, represent the offense.

3. A then overlaps B to receive a return pass. 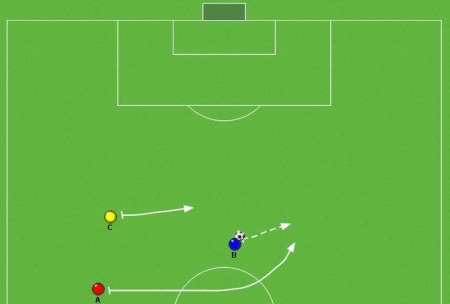 4. B makes a decoy run to draw the defense, C, out of the play 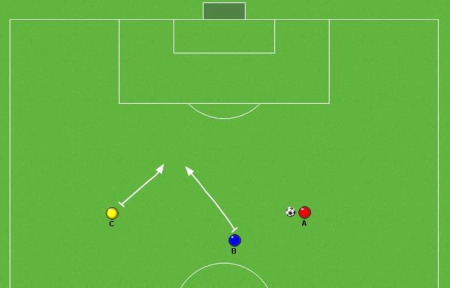 Decoy Overlap is a drill designed to get the offense working together on plays that can be used against opposing defenses. During Decoy Overlap, instruct players to…

– Act the part and try to deceive the defense by using glances and eye movements so that defenders can’t determine what will happen next.
– Take one step at a time and don’t get ahead of yourself. Trap and receive the ball before moving forward and don’t try to do too much at once.

1. Using more defenders.
2. Forcing players to with their opposite feet.
.

Tip #2 – Encourage players be creative should the play break down.

Tip #3 – Try any means of trickery to draw the defender away.